The Guild of Mercers' Scholars

The Guild of Mercers’ Scholars is a voluntarily-run Guild in the City of London, made up from alumni and associates of the Mercers’ Company’s cluster of schools. Amongst its principal objectives is enabling its members to become Liverymen of City Companies.

To encourage former pupils of Mercers’ Foundation and Associated Schools and others to become Freemen and Liverymen.

To select, if possible, a Livery Company appropriate to their own trade or profession.

To uphold the ancient customs, ceremonies and traditions of the City of London.

To foster a sense of good citizenship, by service to the Guild, to one’s own Livery Company, and to the Corporation of the City of London.

To support in every possible way the ideals of good craftsmanship.

To do such things as shall be conducive to the weal of the Guild.

The Guild is arranged along the lines of a Livery Company, and so is run by an elected Court, consisting of a Guild Master, Renter Warden, Junior Warden, an Honorary Clerk and Honorary Treasurer and additional Assistants as deemed necessary. The Court meets four times a year within 21 days of each quarter day, Lady Day, Mid Summer Day, Michaelmas Day and Christmas Day.

The Guild’s Constitution can be viewed here.

Who is eligible to join the Guild?

The Court welcomes applications for membership from former pupils of the Mercers’ School, and schools within the Mercers’ Cluster:

The Assistant Clerk (Membership) will be pleased to send information regarding membership and offer assistance and advice in obtaining the Freedom of the City of London. 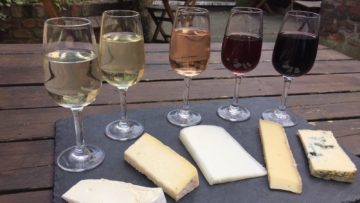 The latest update from the Guild of Mercers Scholars.

Wishes for a Happy Christmas from the Guild of Mercers' Scholars

The latest update from the Guild of Mercers Scholars.

There are many other news categories which you can view on this page. Or you can search for a word or a phrase on this page.